AN ANONYMMOUS AND UNDERLYING LIFE

Miguel Marajo’s life as an artist traces back to Martinique, in Fort-de-France, where he spent most of his childhood. Moving in the Caribbean intellectual environment, he attended, at the early age of twenty, Edouard Glissant’s first lectures and was in contact with Aimé Césaire, who was closely following the evolution of the Totem Plastic Expression Group of which he was co-founder. He was a student of Olivier Debré, then Henri Cueco, during his training at the Beaux-Arts in Paris.
Miguel Marajo hails from a generation whose goal was to make “negritude” a starting point, which made it possible to experience cultural diversity as an asset. His pictorial production can only be understood as a reaction to these issues. His painting is in the realm of the paradox, he composes with all the cultures that inhabit him, without ever trying to forge a single entity out of them. This is why his paintings are always in motion; they bring into play the fluttering and frictions of the materials, the idea of a mobile undertaking, of a sensual play with color.
What he wishes to convey through his paintings is the idea that against and despite everything that could limit our identities, there is, in each one of us, an anonymous and underlying life, a life that moves in the depths of ourselves and seeks to reveal itself known.
In the same vein of what the poet Edouard Glissant has called a process of creolization, what Miguel Marajo suggests is that the problem/question of identity, from the moment it is glimpsed from the point of view of an encounter of cultures, can only be solved in the form of a poetics of ‘relation’, of a putting into practice of the ‘All-World’.
Miguel Marajo lives and works in France. 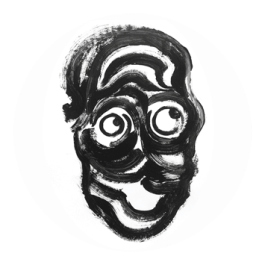